It was 65 years ago when political thinker Peter Viereck first wrote, "Catholic-baiting is the anti-Semitism of the intellectuals."

That aphorism was fully ablaze the other night when the left-wing talk show Greater Boston, airing on Boston PBS television station WGBH, devoted a half hour under the pretense of discussing the death of Cardinal Bernard Law to brutally attacking the Catholic Church with ugly falsehoods and outright bigotry.

Greater Boston is hosted by Jim Braude, a veteran broadcaster whose thirst to attack the Catholic Church is only outweighed by his own sense of self-importance. And Braude made sure to round up a reliable stable of like-minded Catholic Church-bashers who would be sure to hammer the Church over decades-old sex abuse cases. Braude's panelists included:

And Braude's guests surely kept the hate flowing, with panelists taking turns predictably blaming the abuse scandals on the "all-male priesthood" and the "power structure" of the Church. Saviano chirped that "if there had been a few women in those rectories, there wouldn't have been half the problems we ended up with." (Note to Saviano: Women have been running parish rectories for at least the past 50 years.)

Yet the worst may have come from Garabedian, who, in addressing abuse in the Catholic Church decades ago, raged, "The Church has been doing this for centuries; they've been raping kids at a wholesale pace for centuries; it's a trillion dollar business."

After nearly 25 minutes more of this echo chamber of hate, Coakley unleashed a line which one could only imagine she had been waiting the entire episode to deliver: "This is an institution where they still dress as they did in the 15th century. So what do you expect?" Classy, eh? And this is from a former Attorney General, who is supposed to be fair and impartial.

Step back for a moment. Imagine if a guest on a television program had said that Muslims, Buddhists, or Jews had been "raping kids at a wholesale pace for centuries." Think about it. The rebuke would be rightfully fast and furious. The person who would utter such calumny would likely be fired and banished from mainstream media forever. The same applies for someone who would attack a religion because they "still dress as they did in the 15th century."

This is called "bigotry." But if the topic is the Catholic Church, it is only business as usual.

And the tragic irony here: You are forced to pay for all this through your tax dollars.

SNAP and the TRUTH About False Abuse Accusations Against Priests (Nov. 26, 2013)
http://www.themediareport.com/2013/11/26/false-accusations-catholic-priests/ 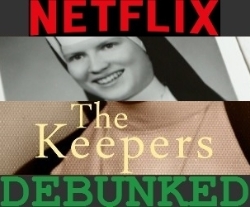 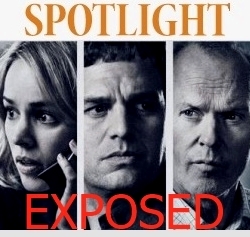 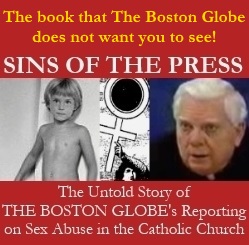 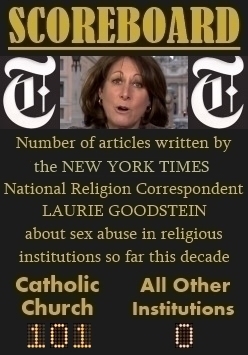 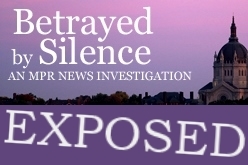 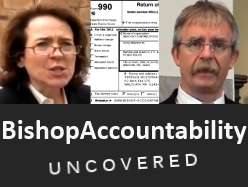 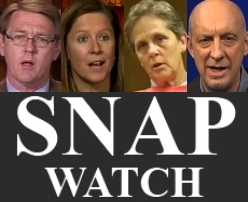