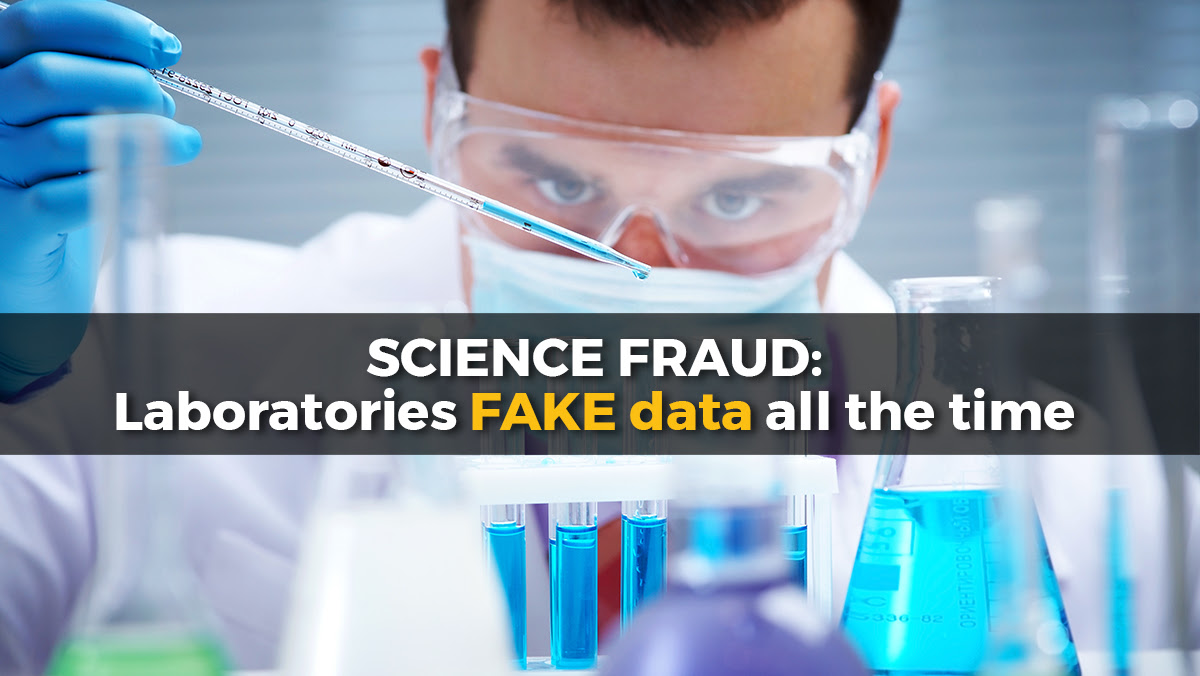 Medical fraud is congruent with the election fraud

"As Trump's coronavirus task force member, Dr. Scott Atlas said, the only way this ends, is if people rise up!"

The 2020 Presidential election is just as rigged as Wuhan coronavirus (COVID-19) case counts, the fraudulent death certificates, and Big Pharma's vaccine efficacy studies, and these FRAUDULENT REALITIES are on the verge of merging and becoming a weapon of deprivation and medical tyranny, forced onto the American people and the rest of the world.

A new wave of lockdowns and economic restrictions are being put in place, and more targeted chokepoints are being planned for vaccine distribution, to force populations to submit to Moderna and Pfizer's new mRNA cell-altering experiments. The Biden transition team is cozying up to the vaccine makers to make sure their distribution equally suppresses everyone's lives.

In 2020, FDA-approved COVID-19 testing kits have had major discrepancies, leading to case number anomalies, just like mail-in ballots and election software have shown major discrepancies, leading to statistical anomalies for vote totals and late surge vote percentage gains for Biden. Vaccine efficacy studies are a rigged process, too. These studies do not expose vaccine recipients and placebo recipients equally to the assumed virus to test for true vaccine effectiveness. Much of the information that is being broadcast by the Associated Press & Big Tech is a false reality, used to force submission, not critical thinking & independence.

FDA-approved tests have struggled to differentiate various RNA virus strains, leading to statistics that merely represent the average percentage of respiratory illnesses that occur in the population, regardless. In many cases, the tests are oversensitive and unable to differentiate benign virus debris from live shedding viruses, ultimately delivering false positives in people who aren't even sick, leading to more panic andmedia declared "outbreaks." The case numbers do not represent reputable data. Many state governors believe they can lock people's lives down if the positivity rate of the testing kits reaches a certain threshold (i.e. 7 percent).

What if both the virus and the proprietary testing kits are being used as a bio-weapon to cause panic, to sell outbreaks that aren't real, & to ultimately allow a serious viral pathogen to escape detection? What if this is being done to ultimately enslave economic systems to a global reset of communism and to enslave human beings to experimental mRNA technology delivered via Pfizer and Moderna's new vaccines?

The tests have used faulty reagents, leading to false positives, and some tests have been contaminated, leading to actual respiratory infections and spread. There were even fraudulently attributed COVID-19 positives observed in Florida, where test results were tallied for people who were never tested to begin with. This is akin to dead people voting for Joe Biden or people with a change of address voting in their new state as their mail-in ballot was illegally harvested in their home state to rack up more votes for Biden.

No one has to be a medical patient, mind held down in fear to Big Pharma's manipulative experiment.

No one has to submit to these insidious communist restrictions on our livelihoods, and no one has to bow at the altar of Biden's scientific orthodoxy.

No one has to suffer from multiple doctor visits, autoimmune conditions, fever, headache, fatigue, and the threat of transverse myelitis, Guillain-Barré syndrome, and deadly reactions from these vaccines.

As Trump's coronavirus task force member, Dr. Scott Atlas said, the only way this ends, is if people rise up!

THANKS TO JOHN B!

What--no mention of Trump's Warp Speed development of a vaccine planned to be administered by the military to all American citizens?  If you have no understanding of Marxist dialectics, then you are defenseless against the cognitive dissonance being used to undermine the functionality of your mind.

The Warp Speed military 'Operation' of the First Comment IS the most critical element in this important overview of our current circumstances. The forcible vaccination of the entire American population by the most deadly, life-destroying, DNA-altering, 'Trans-humanising', freedom-destroying, Free Will eviscerating, A.I. computer 'Lock-in', fertility-destroying, mind control and tracking Witches Brew of a 'vaccine' that has only resulted in deaths and disastrous neurological 'side effects' for the TINY number of victims exposed to the miniscule 'trials' conducted by liability-free corporations, like Moderna, that have NEVER produced a vaccine since reformation from bankruptcy with billions from Gates  -- is PURE Madness and NAKED TREASON.

After Biden gets trashed by the recounts in the 5 or 6 Democrat-controlled states like PA, GA, MI, WI, and AZ under supervision of the conservative Supreme Court Justices who Trump just appointed to monitor and oversight the recounts, Trump will be sworn in for a 2nd term and THEN we have to focus solely on convincing Trump that 'Warp Speed' better quickly become 'No Speed' because we're not going to let ANYBODY forcibly vaccinate us or put us into 'detention' concentration camps,  or steal our freedoms to earn a living, work, travel, etc. or rob us of our Free Will, or our kids' birthright, or our precious Republic itself just to please a relative handful of demon-driven psychopaths who want to reduce the human population down to 500 million slaves to serve THEM. It's NOT going to happen.

Find out who's running YOUR state militia(s) and form neighborhood coordinating groups to plan for the worst scenario and get prepared! NOW.

The COVID CARTEL is almost at the finish line with their mega millions of doses of vaccine shots all ready for HERD INNPCULATIONS around the globe.

Expect the MSM to keep reporting daily record numbers of cases for a long time to come. They don't want the public to lose confidence in their project now and this is why they also must continue with lockdowns and their "shock and awe" strategy.

This presidential race is still far from over. EVIDENCE IS PROOF and the investigation teams have plenty of it. Contrary to what the MSM says President Trump has not thrown in the towel. They are actually starting to get a little nervous now. They are still trying to convince the American voters that this is nothing but a long shot and that contesting these results will go nowhere. The MSM might want to change their strategy.

It is more than obvious. With the COVID hoax running at the same time as BLM, Antifa Color Revolutions and now 2020 Election Fraud .... None of us should be surprised when events turn dark & violent...It was obviously planned that way...This is not the way I planned to spend my twilight years but WHAT CAN I DO?