The Coming Extinction of the Japanese People and the End of Life on This Earth as We Know It
(and Not Necessarily In That Order!)

The Coming Extinction of the Japanese People and the End of Life on This Earth as We Know It (and Not Necessarily In That Order!) May 22, 2012

A month ago or so, the sensationalist western media were saying that Armageddon was upon us as the spent fuel rods at Fukushima Daiichi Number 4 were precariously immersed in a pool of water, atop a building, that could collapse at the next tremor and, if it did, that would cause a nuclear reaction bad enough that it would destroy life on the planet earth as we know it. Now, today, I found another article that talks about the extinction of the Japanese people! My god, what are we to do?

First off, the article about the hot fuel rods that seems to have grown cold (pun intended). Please refer to: Armageddon on the Eve of Destruction: Japan to Evacuate Entire Population to China and Russia! World's Newest and Biggest Military Power is Born!

Just today, again, I saw a bunch of articles talking about Fukushima Dai-ichi and the planned evacuation of Tokyo. Seriously, maybe I'm all messed up and completely wrong, but, to tell the truth, I think this sort of news is complete and total madness and that anyone who would believe this stuff for a second must be completely crazy. Here's the story from the EU Times:

The “extreme danger” facing tens of millions of the Japanese peoples is the result of the Fukushima Daiichi Nuclear Disaster that was a series of equipment failures, nuclear meltdowns, and releases of radioactive materials at the Fukushima I Nuclear Power Plant, following the Tōhoku earthquake and tsunami on 11 March 2011.

According to this report, Japanese diplomats have signaled to their Russian counterparts that the returning of the Kuril Islands to Japan is “critical” as they have no other place to resettle so many people that would, in essence, become the largest migration of human beings since the 1930’swhen Soviet leader Stalin forced tens of millions to resettle Russia’s far eastern regions. (emphasis mine)

Important to note, this report continues, are that Japanese diplomats told their Russian counterparts that they were, also, “seriously considering” an offer by China to relocate tens of millions of their citizens to the Chinese mainland to inhabit what are called the “ghost cities,” built for reasons still unknown and described, in part, by London’s Daily Mail News Service in their 18 December 2010 article titled: “The Ghost Towns Of China: Amazing Satellite Images Show Cities Meant To Be Home To Millions Lying Deserted” ... (emphasis mine)

Foreign Ministry experts in this report note that should Japan accept China’s offer, the combined power of these two Asian peoples would make them the largest super-power in human history with an economy larger than that of the United States and European Union combined and able to field a combined military force of over 200 million. (emphasis mine)

To how dire the situation is in Japan was recently articulated by Japanese diplomat Akio Matsumura who warned that the disaster at the Fukushima nuclear plant may ultimately turn into an event capable of extinguishing all life on Earth.

Folks, I highlighted and made bold the sentences that just defy belief. Seriously, is this comedy? No one in their right mind could possibly take this stuff seriously. The return of the Kuril Islands? Moving 40 million people to China? The largest super-power in human history?
That cracks me up. Especially the part about the Kuril Islands. As if you could take 40 million people and dump them on a bunch of islands that don't have the infra-structure to handle 20,000 people. If you were going to do that, why evacuate them? It's just a death sentence anyway.

There are only 18,000 people today who are living on the Kuril islands and half of them are under the poverty line!
The writer of this tripe (who fails to attach their name to an article) is in serious need of psychological and medical attention. This person is nuts. And anyone who believes this for a moment seriously needs help too.

I'm just shocked that so many people on the Internet are so dumb that they parrot this obviously fake story. I wonder if this is a news "false-flag" in order to discredit Internet news sources? 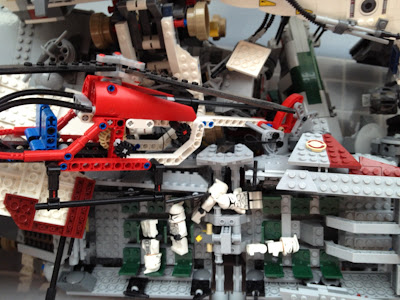 Fukushima Radiation Fear Mongering: An Orchestrated Scare Campaign Exceeding the Fraud of 9/11 (May 19, 2012)

Overcoming the Japan Radiation Propaganda 'Tsunami' Is An Uphill Battle (May 2, 2012)

Fukushima Meets Pollyanna (Why I Believe In Santa Claus ... And You Should, Too) by Dick Eastman (April 13 2011)

Not that I'm responding to anything that can be taken seriously here, but I couldn't help but think that any self-respecting Japanese person would commit hari-kari before subjecting themselves to what in essence would be a 'forced march' to China. After what the Japanese did to the Chinese people in the 1930's, that in and of itself would amount to a death sentence.

Yeah, wasting a lot of time reading and countering made-up nonsense peddled by agents and trolls.

I mentioned 5 years ago the so called "European Times" is a fear promoting, disinformation operation working from a single story house in Florida, much like the clap trap we see from Sorcha Faal (who thankfully, I don't think anyone reads anymore).