German Lawsuit Against “FactCheckers” Will Force Them To Prove Legitimacy of COVID Tests
vaccineimpact.com/2020/german-lawsuit-against-factcheckers-would-force-them-to-prove-legitimacy-of-covid-tests/ 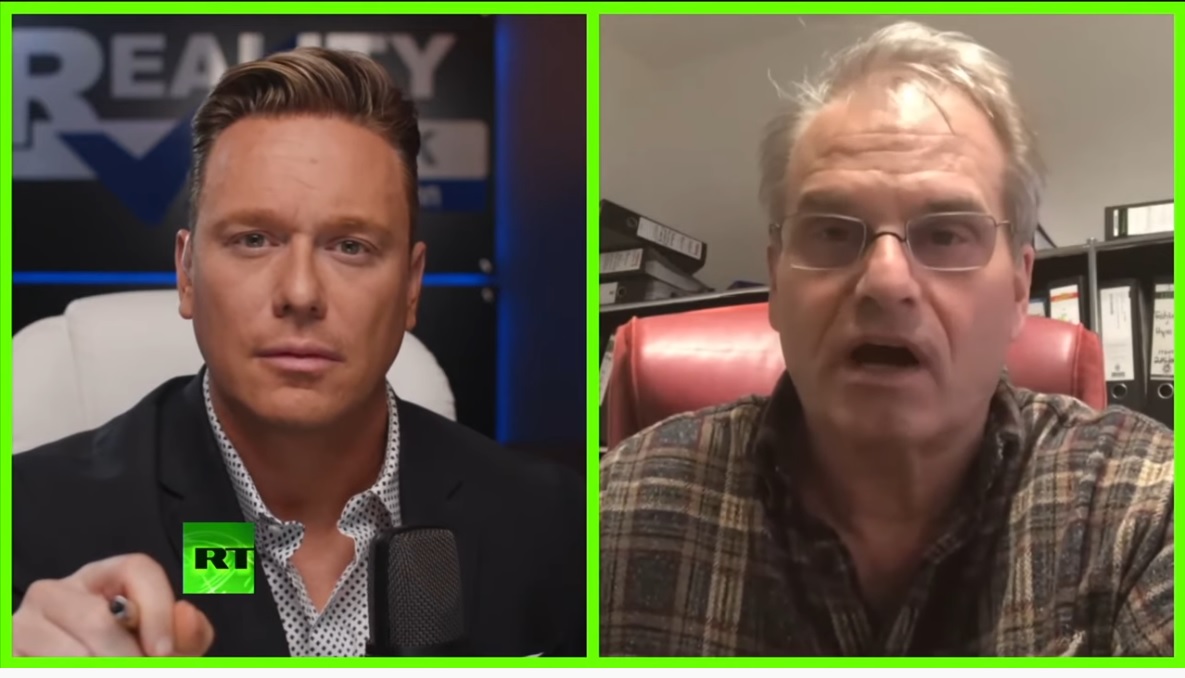 We have previously published the work of Dr. Reiner Fuellmich, an attorney based out of Germany. In an interview last month, October, 2020, Dr. Fuellmich stated that those behind what he refers to as the “Corona Scandal” have committed crimes against humanity, and that those responsible for it must be criminally prosecuted and sued for civil damages.

Dr. Fuellmich was recently interviewed by journalist Ben Swann of RT.com to discuss his latest lawsuit against the Facebook “FactCheckers.”

This is a defamation lawsuit, since Dr. Fuellmich works with many scientists and doctors in Europe who have been censored because they do not promote the Globalists’ narrative on COVID. This includes the doctor we featured in yesterday’s newsletter, Dr. Michael Yeadon, the former Pfizer Chief Science Officer.

The plaintiff in Dr. Fuellmich’s lawsuit against the FactCheckers is Dr. Wolfgang Wodarg, who 12 years ago exposed the fraud behind the “Swine Flu.” He was a member of the German Parliament at the time, as well as a member of the Council of Europe.

Today, Dr. Wodarg’s criticisms of the PCR tests which are being used to lockdown the world over COVID, are being censored by these “FactCheckers.”

So Dr. Fuellmich believes that their lawsuit against these “FactCheckers” will put the burden of proof on them to prove that the PCR test is accurate, and that this lawsuit can then be used as a template for similar lawsuits in other countries around the world.

Posted on November 25, 2020 by ourgreaterdestiny

Edited transcript below in case the video is disappeared. Many thanks to Judy for the video.

Precedent setting strategy. The first of many lawsuits to be filed.

Dr. Wolfgang Wodarg is plaintiff in the lawsuit

Ben Swann [BS]: Dr. Reiner Fullmich [RF] is with us now from Germany. My understanding is you are filing a lawsuit over many of the lockdowns that have occurred around the world, and you say it’s because of these I’m going to read it here “Current geopolitical changes in the world are regarded as crimes against humanity” can you speak to that?

RF: We filed that lawsuit today here in Germany. It’s part of a larger strategy of lawsuits. We are in very close cooperation with Bobby Kennedy’s CHD and his team of attorneys but this is the first step we believe, which I think will attack the cornerstone of the current crisis which is the PCR tests because we believe after having listened to dozens of

experts since July 10th here in Berlin, in our Corona Investigative Committee, we believe this is a staged pandemic. This is nothing to do with health but everything to do with what Bobby Kennedy just talked about. There are very concrete dangers for democracy in particular for free speech. So, we believe that in order to make this house of cards collapse we have to attack the PCR test because in the meantime we learned from the WHO that the actual danger of this so-called pandemic is no worse than that of a common flu at 0.14% infection fatality rate, and we also know there are no asymptomatic infections.

So what is left is the PCR test. We know that from listening to our witnesses, we know that this particular now so-called Drosden PCR test, which supposedly tells you something about

infections, does not tell you anything about infections but rather it is being used as a tool to keep people in panic mode and not ask any questions about what they are supposed to do, like mask wearing requirements, social distancing, the lockdowns.

02:24 mins BS: Okay so let me get a little bit of clarification here on some things. You said the lawsuit was filed this morning. Who have you filed against?

RF: This is a Defamation lawsuit. Our plaintiff is Dr Wolfgang Vodarg. I don’t know if you’ve heard about him. He’s the person who more or less single-handedly stepped in 12 years ago when something very similar to what’s happening now was about to happen namely the swine flu. He’s the one who was then in a position of political power, he was a member of the German parliament and he was also a member of the Council of Europe, and he managed back then to stop things from getting any worse, even though it had gotten pretty bad at the time he stepped in, because they were already vaccinating people with a hastily invented vaccine, which eventually did a lot of damage to I think 700 children here in Europe.  They’re now permanently disabled, suffering from narcolepsy but he’s the one who stopped this and he did great work showing to the general population and throughout the world that even then this so-called swine flu wasn’t any worse, was just a mild flu eventually and that’s what we believe this is.

RF: No. He’s the plaintiff, and we’re suing the group of people so-called fact checkers, which they’re not of course. They’re manipulating the truth, they’re being hired by the

corporations that Bobby Kennedy spoke about by YouTube, Facebook and twitter. We’re suing them because, and this is clad in a Defamation lawsuit. I’m doing this for reasons of burden of proof. This group of people is accusing Dr. Vodarg of lying when he says the PCR tests are unreliable and cannot tell you anything about infections, so we’re doing two things. We’re killing two birds with one stone. On the one and we’re protecting Dr. Vodarg who is back in the picture now, and who’s visible now for the general public because as I said, he’s the one who did a great job 12 years ago unmasking, so to speak the swine flu, and at the same time we’re attacking the people who are behind this staged pandemic by attacking the PCR tests.

05:17 mins BS: So when you say that you’re attacking the PCR tests, what you’re saying is you’re doing that through a Defamation lawsuit, if I’m understanding this correctly,

saying Dr. Vodarg is being attacked on social media or censored or defamed on social media because of statements he’s making about the PCR test, therefore we are suing for defamation in order to force those fact checkers to present their evidence as to why these statements that he has made about PCR tests are untrue. Do I have that correct?

RF: precisely and you even got the burden of proof correct because it’s up to them to prove that he’s lying but the complaint that we’ve written is very well stocked with

lots of evidence already. Testimony and expert testimony and publications by experts in scientific journals including professor Camera who is a biologist and immunologist at the University of Wurzburg here in Germany, including Dr. Mike Yeadon you may have heard of him, he’s a former vice president of Pfizer, and I think he was for 16 years their chief science officer but there are others as well so, this is not something to be taken lightly and I think the other side will know this once they read this.

06:40 mins BS: I think what’s interesting because obviously you know, just to be clear, here as a disclaimer, I have no evidence that PCR tests don’t work, I have no evidence that they’re flawed. Having said that this strategy is very interesting to me because of the fact that the fact checkers, let’s be clear about this, whether it’s in Germany, whether it’s in the UK or here in the United States, or Australia, the fact checkers themselves never seem to present evidence as to any of the reasons why information is removed or censored taken

down, thrown down the memory hole, that burden has never been placed on them legally to say we have proof that the person here is lying. They simply label you as someone who is untruthful or spreading misinformation. So, the fact that they would be required to then come forward and present evidence that proves one thing or another, do you believe that you are setting a precedent by doing this that can be followed almost a blueprint that could be followed in other countries as well?

RF: Excellent, you got it. You hit it right on the spot, that’s precisely what we’re doing. This is going to be a precedent. This is one of many, many, many complaints we’re going to file here in Germany and throughout Europe, through other law firms in all the German-speaking countries Austria, Switzerland but also the other countries, lawyers who we cooperate with, but this same complaint is going to be used or a large part of it is also going to be used by our American and Canadian colleagues because in the meantime everybody agrees, all the lawyers who have kind of dug into this, all of them agree that the PCR test is the cornerstone of this entire hoax

08:35 mins BS: Again, is there any evidence that you can provide today that shows the PCR tests don’t work?

RF: There’s no scientists in this entire world who will claim that a PCR test can detect infections. PCR tests are not designed for diagnostic purposes, they’re not admitted for diagnostic purposes. I’ve seen all the videos by the inventor. The PCR test is a great tool, it makes things visible to the human eyes which are otherwise not visible by amplifying it by making those molecules that you take with these swabs larger, so that eventually you can see what this is all about but they are not in any way capable of telling you anything about infections, in particular not, when these PCR tests are set at more than 25 cycles, cycles of amplification that is.

Everybody agrees, including the New York times which is part of the mainstream media, which again as Bobby Kennedy just alluded to, is apart from investing their money in the pharmaceutical and tech industry, they’ve also the other side I’m calling them, they’ve also invested much of their money in the mainstream media. Even the NY Times in an article that was published in August of this year, agrees that anything beyond 35 cycles is completely and utterly unscientific and completely useless.

Now, the tests we’re talking about, the infamous Drosten test, which is what the so-called professor Drosten here from Charity University in Berlin invented in order to show the world that by using these tests you can see infections, you can detect infections, this test was used worldwide because it was pushed by the WHO as a sort of gold standard to find out about how many infections there are with COVID19.

10:40 mins BS: Fascinating stuff. D. Reiner Fullmich thank you so much for taking the time today and personally I wish you great luck in your lawsuit against those tech companies and their censorship. I think it’s needed badly not just in Germany but worldwide. Thank you, thank you very much.

I lit a candle in gratitude for this and even greater.

Please leverage legal action to help others see the truth

And be sure to update them on the not demonstrably justified use of lockdowns. https://ourgreaterdestiny.org/2020/11/to-everyone-who-advocates-lockdowns/

Lawsuits are not enough. The great reset that has been gradually and subtly advancing for decades requires a critical mass of people to take a stand for truth and freedom before more draconian restrictions lock everyone down completely to finalize a world coup.

It’s up to each of us to do our part as well as spread the word. Thank you.

Without Prejudice and Without Recourse
Doreen A Agostino
http://freetobewealthy.net
Via ethernet to safeguard life